Global ULI Online Will open in a new window
Registration is complimentary and open to all.
View Event Attendees

view map Will open in a new window 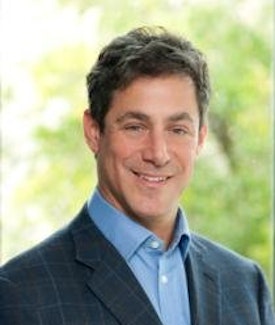 Bradford H. Dockser CHIEF EXECUTIVE OFFICER Bradford H. Dockser is the Chief Executive Officer and Co-Founder of Green Generation. Founded in 2011, GreenGen transforms the built environment through its visionary end-to-end approach to innovation and solutions that integrate energy, real estate, technology, and capital markets to Operate in the Green. GreenGen helps its clients profitably transition to a zero-carbon world across all asset types. GreenGen’s net-zero carbon strategies are implemented by a team that includes mechanical, electrical, lighting, and environmental engineers, PhDs, tradesmen, as well as real estate and finance experts. Throughout two decades of real estate investing, Brad was a Principal with MacFarlane Partners and the Founding Partner and Managing Director of Starwood Capital Europe and Starwood Capital Asia overseeing operations in each region. Brad began his career with JMB Realty, then the largest US real estate firm, and later with CRI, then the largest owner of multifamily residential properties, where he oversaw the creation of Capital Apartment Properties REIT (CAPREIT). Brad received an A.B. cum laude in Economics and an MBA, both from Harvard University. Brad serves as a Global Governing Trustee of the Urban Land Institute’s (ULI) and is on the Global Advisory Board for ULI's Center for Sustainability and Economic Performance. He previously served as the Chair of ULI’s Redevelopment and Reuse Product Council and founded ULI Washington’s Sustainability Initiative. He is a Non-executive Director of London-based Conduit Capital and a member of The Economic Club of Washington DC, US Green Building Council, and International Society of Sustainability Professionals (ISSP). Brad is a mentor for MetaProp (NY), a CRETech Leadership Board member, and Board Observer for Senseware and Datakwip. He also was Founding Director of the Greater Washington Exploratory Committee, DC’s bid committee for the 2012 Summer Olympic Games.
View in Member Directory Will open in a new window Derek is currently Executive Vice President, Development with Northcrest Developments (www.northcrestdev.com), a real estate development firm based in Toronto which is a subsidiary of the Public Sector Pension (www.investpsp.com). Northcrest was created to lead the redevelopment of the 370 acre Downsview airport site in Toronto. Prior to joining Downsview, Derek was the Senior Vice President, Development at First Gulf. Derek also spent 10 years working in public sector real estate development, including senior leadership roles at Infrastructure Ontario and Waterfront Toronto. Derek has been actively involved in the Toronto District Council of ULI for over 15 years, where he is currently the Chair of the Advisory Board and member of the Governance Committee. Derek is also a ULI Global Governing Trustee.
View in Member Directory Will open in a new window 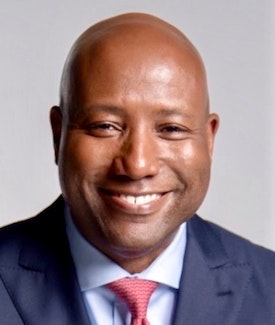 Faron A. Hill is the founder and president of Peregrine Oak, a commercial real estate capital markets and advisory services firm. Based in Atlanta, Georgia, the firm works exclusively with clients to provide creative capital solutions, and advisory services for complex commercial transactions. Launched in 2007, Peregrine and its Principals have capitalized over $4 billion in transactions across multiple asset classes throughout the United States. Those assignments comprise a mixture of debt and equity financings. The firm’s highest priority is the success and growth of its clients. Faron earned an MBA from the SC Johnson College of Business at Cornell University and a second MBA from Smith School of Business at Queen's University. Faron also holds a Bachelor of Science degree in social science, with minors in biology and chemistry, from Troy University. In addition to his work with the Urban Land Institute, Faron supports and provides leadership for several non-profit organizations in his local community.
View in Member Directory Will open in a new window

Is a Steal for Real?