Online This webinar will be hosted by Zoom. UNITED KINGDOM
Join us for the launch of the 2021 Emerging Trends in Real Estate Europe® report.

Register Yourself Register Two or More

In this session, ULI and PwC present the results of the 2021 Emerging Trends in Real Estate® Europe report.  Amidst the pandemic and ongoing uncertainty, how do market players see real estate evolving in 2021 and beyond; what are the ongoing challenges and which opportunities will arise? We will also look further ahead at how the industry will be shaped by new irreversible shifts such as the future of the workplace, and an increased focus on social outcomes and impact investing.

By submitting your information and registering for this event, your data will be shared with both ULI and PwC as event hosts. Accordingly, ULI and PwC will process your data in line with each party's privacy statement [here] and [here] and, from time to time, will send you material considered to be relevant to your interests, including information about related products and services as well as future planned events. Should you change your mind at any time and wish to opt out of receiving such material from ULI or PwC, you can unsubscribe using the option within any email received from either party, or by using the contact details available within each privacy statement. 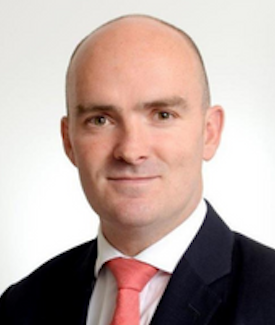 Gareth has over 20 years multi-disciplined experience across the UK, European and global real estate sector. He leads PwC’s real estate thought leadership and research on behalf of the European firm, including PwC/ULI Emerging Trends in Real Estate European and Global reports. Having worked originally as a real estate advisor for EY in London and New York, he spent a number of years as an industry representative for the British Property Federation (BPF), European Public Real Association (EPRA) and the Urban Land Institute (ULI). During his 5 years at EPRA, he represented the European REIT sector in their engagements with governments, regulators and global investors. At PwC, Gareth helps real estate businesses in the development and execution of their real estate strategy/operations and drives PwC’s knowledge and insight relevant to real estate businesses.
View in Member Directory Will open in a new window 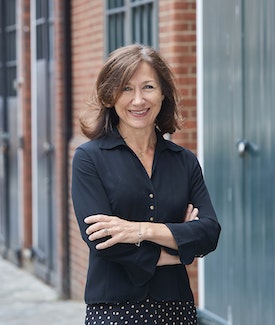 Sara Lucas is CEO of Grosvenor Europe, part of the Grosvenor Estate. She has 34 years’ experience in the real estate sector, including 26 years in Paris where she is currently based. Prior to joining Grosvenor, Sara was a Director of Real Estate Finance at the Royal Bank of Scotland and before that led the Valuation business at Savills France. She began her career in property consultancy in London and she has a wide range of real estate experience across the UK and Europe. Sara holds a Degree in Land Management from Reading University and is a member of the Royal Institute of Chartered Surveyors.
View in Member Directory Will open in a new window 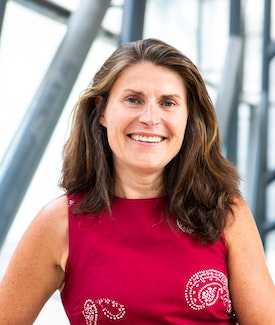 As chief executive of ULI Europe, Lisette van Doorn is responsible for the development of the Institute’s activities across the region, including its renowned pan-European conferences and over 250 local meetings and events across 14 countries. She is responsible for working with ULI’s staff both locally and globally to deliver more high profile content and reports; coordinating Advisory Services panels and Urban Plan; and expanding the Institute’s thought leadership across Europe. Van Doorn joined ULI in January 2015 from LIRE, her own consultancy business, which advises international institutional real estate investors and fund managers on strategy, organisational optimisation and portfolio structuring. Prior to this, van Doorn was country manager for CBRE Global Investors where she managed a €1.6bn portfolio of assets in Italy and fund manager of two shopping centre funds (€ 1.3 billion) with assets in Spain, Portugal and Italy. Before joining CBRE Global Investors, van Doorn was founding chief executive for INREV, the European association for Investors in Non-Listed Real Estate Vehicles for four and a half years. Van Doorn started her career at ING Investment Management, where she held account manager and assistant controller positions before being made managing director of research & strategy for ING Real Estate Investment Management Europe.
View in Member Directory Will open in a new window 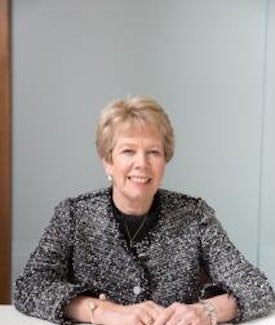 Anne joined PATRIZIA in April 2017 as a Member of the Board and Chief Investment Officer. PATRIZIA has been active as an investment manager in the real estate market across Europe for more than 36 years and manages c. EUR 45 billion of real estate assets, primarily as an investment manager for insurance companies, pension fund institutions, sovereign funds, savings and cooperative banks and as co-investor. Prior to PATRIZIA she was Global Head of Asset Management and Transactions at AXA Investment Managers, Real Assets, a member of the Management Board and a member of the Global Investment Committee. Prior to AXA she carried out leading management roles at a number of internationally recognised businesses, including MD of Real Estate at Lazard, Head of Real Estate at Cambridge Place Investment Management and International Director in Jones Lang LaSalle’s Capital Markets business. Anne is also a Global Board Member and a Governing Trustee of the Urban Land Institute.
View in Member Directory Will open in a new window 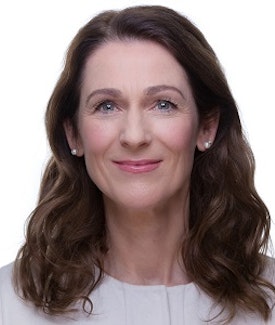 Barbara A. Knoflach is Co-Founder of tinyBE gGmbH, a non-profit company with the goal to create an interactive and inspiring field of experimentation and experience for potential living models in the future. From 2015 to 2019 Barbara was Deputy Chief Executive and Global Head of Investment Management of BNP Paribas Real Estate. She was responsible for defining the strategy for the Investment Management business line and leading its effective execution in eight countries: France, Italy, Germany, United-Kingdom, Spain, Luxembourg, Belgium and the Netherlands. Under her leadership assets under management grew from € 22bn to € 30bn in Institutional Funds, Retail Funds and Separate Accounts/Mandates. The Retail Funds received several performance awards. Prior to joining BNP Paribas Real Estate, Barbara was CEO of SEB Asset Management AG from 2005 to 2015 and Managing Director of the investment company SEB Investment GmbH since 1999. She oversaw the Global Real Estate activities of the group with Assets under Management of € 12bn invested in over 20 countries on three continents. She was awarded best fund manager in several categories for almost 10 years in a row. Barbara joined SEB Bank in 1994. From 1986 to 1993 she worked for Deutsche Bank thereof five years as analyst in International Project Financing. Barbara has served on several supervisory boards: from 2016 to 2019 as Chair/Member of the board of the Private Equity company HQ Capital, from 2011 to 2016 as Board Member of CA Immo, from 2011 to 2013 as Chair of the Board of TLG Immobilien (appointed by the Ministry of Finance in Germany for the privatization of the company, completed in 2013) and from 2006 to 2013 as Member of the Board of the consulting and research company bulwiengesa. Barbara Knoflach is involved in numerous associations and organizations in the real estate industry. She was Board Member of AFIRE and Trustee of ULI. She is Member of the Executive Committee of ZIA Zentraler Immobilien Ausschuss e.V and Chairwoman of the Advisory Board of IREBS International Real Estate Business School at Regensburg University. Barbara holds a degree in Business Administration from the University of Applied Sciences in Mainz. She was elected a fellow of RICS in 2018.
View in Member Directory Will open in a new window

Designed by a group of ULI members from the Public/Private Partnership Product Councils, and others who specialize in this arena, this webinar series illuminates how public/private partnerships can respond to systemic failures in housing, social needs, health care, transportation, food systems, education, and employment.

Wildfire Resilience: Best Practices in Real Estate and Land Use

Join ULI for a discussion on why wildfire risks and impacts are increasing around the U.S. and how the real estate industry is responding with building design, land use policy, and community resilience solutions.

This event is part of the Pillars of Community Renewal: The Role of Public/Private Partnerships series.